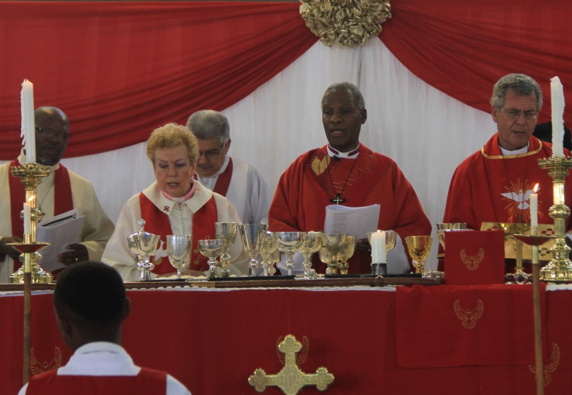 If the Anglican church can do anything, it can put on a show! The Consecration and installation of Luke Pretorius as the new bishop of St Mark the Evangelist diocese was just that, with colour, music and ceremony in abundance. Yet, for all that, it was a deeply spiritual event focused on our Lord and Saviour, Jesus Christ.

The service of consecration and installation was held on 26th October at the Ngoako Ramatlhodi Sports Complex in Seshego, south west of Polokwane. Those, including Archbishop Thabo Makgoba, who drove there from this side of the diocese nearly did not make it in time as there was a fun run through Mankweng to Polokwane which held us all up for almost two hours. 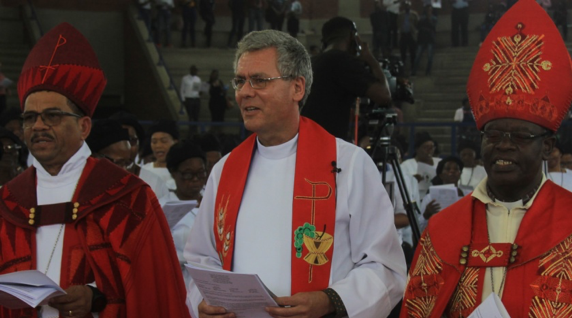 The whole event, including a lunch afterward, was organised by Rev Thabang Bengane, the outgoing youth chaplain of the diocese. This was one of his last official duies before leaving to take up a new posting in Cape Town. This type of service normally takes over three hours and it was a credit to Rev Thabang’s disciplined planning and organisation that the event processed like clockwork and we were finished and enjoying lunch by 1:00 pm.

Bishops and consecrated and installed by other bishops of the province in keeping with the Anglo-Catholic understanding of apostolic succession, and so it was that along with the archbishop there were also the bishops of Pretoria, the Rt Revd Allan Kannemeyer and the Rt Revd Daniel Kgomotsotho, bishop of Mpumalanga (our neighbouring dioceses). Also in attendance was the Dean of the Province the Rt Revd Stephen Diseko and the Provincial Executive officer the Ven Horace Arenz.

It was, of course, a special moment in that both the previous bishops of this diocese, Rt Revd Philip le Feurve and Rt Revd Martin Breytenbach were also in attendance. 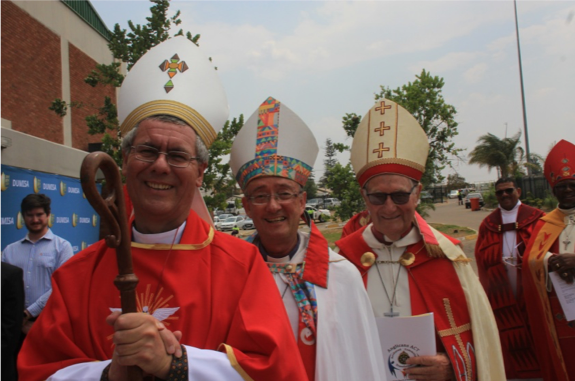 The liturgical colour for such an event is red and with all the clergy in their vestments the event was a spectacle of colour.

It was a hot day and yes, the service was very long, but the splendour and the special meaning of this day will be remembered by all those who attended. We have a new bishop and leader of the Anglican diocese of St Mark. May our Lord bless his ministry as he oversees our various churches here in Limpopo.

WHO IS LUKE PRETORIUS?

Born and raised in Kwa-Zulu Natal, Luke came to know Jesus as his Lord and Saviour during his teens. He felt his calling to the sacred ministry soon after that. The bishop at that time wanted him to gain some work experience before being trained for the priesthood and he read for a degree in commerce at the University of Natal before joining the Perm Building Society where he worked for a few years. 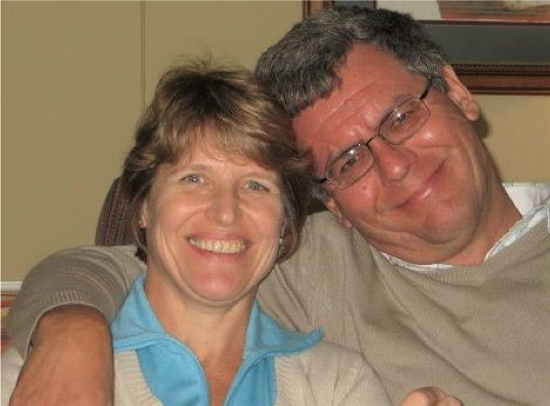 Luke has been married to Jenny for 33years. They have two daughters, Lisa and Rachel and a grand-daughter Abigail Joy who is coming up for her first birthday soon.

Please pray for your new bishop. The role of leading a large and disperate diocese is not an easy one and Bishop Luke will value our support.