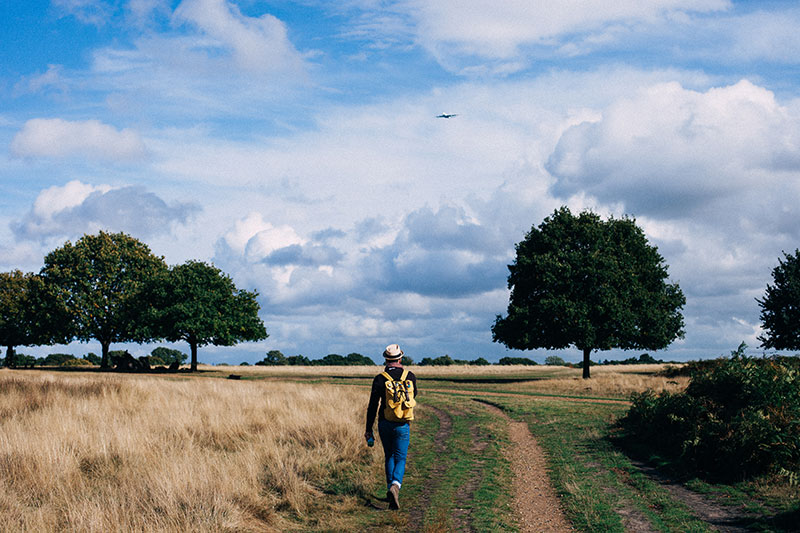 Please try and put yourself into Cleopas’ shoes. He was walking home, with a companion, on the Sunday following Jesus’ crucifixion. The two of them had become believers in Jesus but the terrible events of the past Friday had left them devastated and uncertain about everything, not least, the future of this movement they had bought into. This leader, whom they thought was the Messiah was dead. It seemed like a crushing defeat and they felt totally dejected.

And then a stranger approached and asked if he could accompany them. They agreed and the stranger asked what they were talking about. “Haven’t you heard?” asked an incredulous Cleopas. Not only was their leader dead, but now rumours were circulating that he was alive again… it was all very confusing.

As they walked along the stranger began to relate their discussion back to the prophecies in the Old Testament. Captivated by the discussion Cleopas and his companion invited the stranger into their home for supper. It was when the stranger took the bread and broke it and blessed it, that their eyes were opened and they saw it was Jesus, there with them. Not waiting for the morning they hurried back to Jerusalem to tell the other disciples that they had seen the Lord.

Wouldn’t it be good to have a similar experience? Sometimes it is really difficult to get excited about boring old church. You know what I mean? Church is the same-old, same-old week in and week out. A real live encounter with Jesus – that would change everything!

The problem is that real, live encounters with Jesus don’t often happen, but there is another way we can reinvigorate our enthusiasm for our faith.

Based on the Emmaus story, the Methodist Church in America developed a three day programme which they called the Emmaus Walk. Today Emmaus Walks happen all over the world and this programme has made the difference in thousands upon thousands of people’s lives, drawing them into a deeper and much more exciting walk with their Lord and Saviour.

Last October I was sponsored on my own Emmaus Walk. It was an incredible experience. Now I am a minister and I know all this stuff (supposedly), but for me the fellowship and the interaction was singularly outstanding. 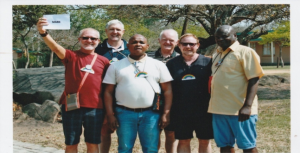 The three-day event began on Thursday evening and ran through to Sunday afternoon. It is intensive and exhausting, but it is a joyful and deeply moving experience. During this time ‘pilgrims’ attend 16 talks on the Christian faith. There is worship and there is fun and a lot of food. Men go on the walk together and a week later our spouses do their walk.

Next year we are hoping to hold an Emmaus Walk at Lofdal near Ofcolaco. If you have never done a walk, I would strongly encourage you to sign up for this one which will take place in May. Application forms will be available in the church office.