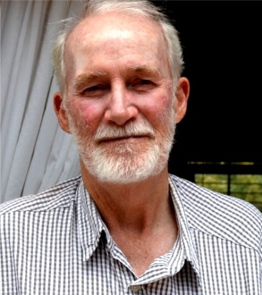 It is with considerable sadness that we said farewell to Ed Hillary in November this year. He had battled with cancer for the past ten years. Ed’s contribution to the growth and establishment of St Paul’s as a united church cannot be overestimated. He was instrumental in the development of the formation of the “united” congregation and the writing of the constitution of the church. In the early 2000’s when it was realised that the church would need to be extended, Ed was the mover and shaker of the building project both of the extensions of the church and also the building of the church house.

But, Ed was not only an astute leader in the congregation, but also a deeply faithful follower of our Lord, Jesus Christ. A man of prayer and a deep concern for the spiritual wellbeing of people, he was involved in various ministries as well. It was a given that if he was on the mountain on Sunday he would be in church. This was the case even some three weeks before he died. Weak and very unwell, Ed made it to the Sunday morning service, a testimony to the dedication he had to his Lord and Saviour. I, for one will miss him deeply. In the four years of my tenure here, Ed has been a mentor and friend whom I held in deep respect and fondness.

May he rest in peace and be received into God’s open arms with joy.